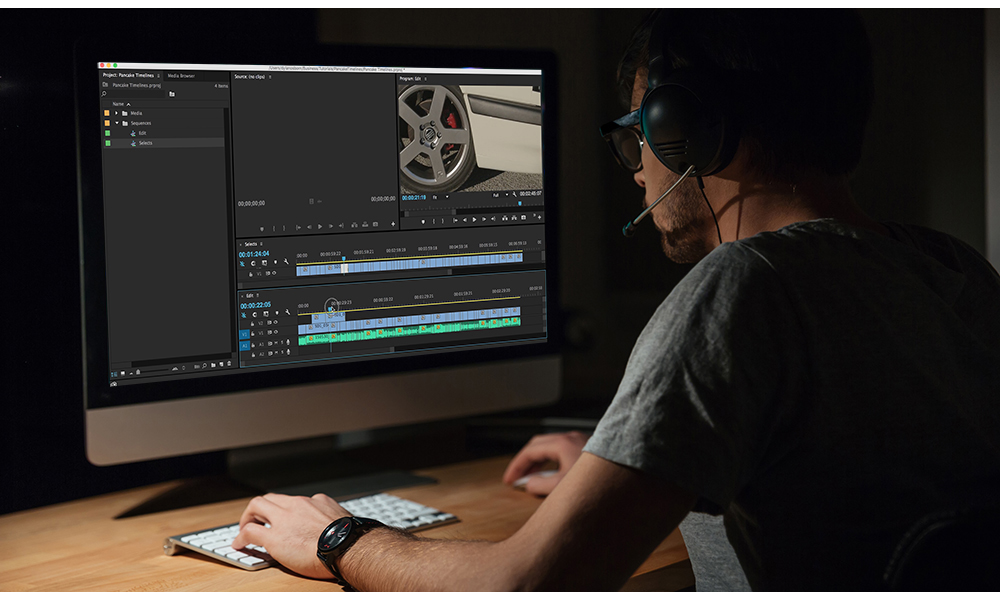 The best Internet marketing videos can generate long-lasting and profitable traffic to your online store or website. On the other hand, a bad video could tarnish your reputation and alienate your target audience. No matter your reason for creating an Internet video production, in order to make a video that people actually want to watch, you need to have a baseline level of knowledge. Here are a few terms you should know in order to create the best Internet videos.

1. The 180-Degree Rule – This refers to a commonly accepted standard among camera technicians on film and television sets, and refers to keeping all camera angles on one side of an imaginary line running through the set, parallel to the backdrop. Crossing this line can cause confusion and discontinuity in a video.

2. Broadcast Quality – This term refers to standards set by the National Association of Broadcasters that determine the quality of audio and video that is put on the airwaves or Internet. It can also refer to a type of camera that is used to record in broadcast quality video and audio.

4. Dirty Track – The dirty track is an audio file of low quality that will not be used in the final deliverable project, but is recorded while filming solely for the sake of synching better quality audio with the video track in post-production.

5. Editing – Easily the most important part of any type of video production, editing is what takes all of your loose clips of video, and brings them together in a comprehensible and engaging segment.

6. Frame Rate – The number of frames of video you record per second refers to the frame rate. This is usually shown in camera specifications, followed by a designation of progressive or ‘p’ and interlaced or ‘I’. Some common frame rates include 24p, 30p, and 60i.

7. SERP or Search Engine Results Page – The SERP is where your results show up after you search for something on Google, Bing, or one of the major search engines. The quality of your video and the amount of people like and share your video, determine where it shows up on the SERP.

8. Lavalier (Lav) – A lavalier is a small microphone, about the size of a pencil eraser, that can be worn on someone’s person. It is small enough not to be noticeable on camera, but effective in recording someone’s voice, whether they are acting, speaking, or being interviewed on camera.